عملیات شیمیایی جهت بهبود خاصیت چروک پذیری پارچه پنبه ای Crease recovery is the property of a fabric that enables it to recover from folding deformations. It is one of the most important properties expected out of any apparel textile to make it easy to care for .  Cotton is an important fibre in textiles, because of its numerous advantages. It is also one of the most comfortable fibres, so it is most commonly used for shirting fabric.

Creasing, especially after washing, is a major problem in cotton fabric because of the free hydroxyl groups in its structure. When cotton fabrics crease, molecular chains in the amorphous region slip past each other, breaking the weak hydrogen bonds because of stretched chains. They then form new hydrogen bonds in the stretched places and the fabric holds the creases. This affects the appearance of the fabric. So, cotton fabric is treated with chemicals to improve its crease recovery property. 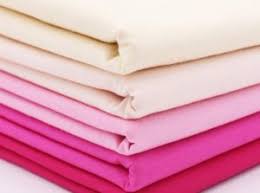 Softening agents give a smooth and attractive look to garments and are among the most important textile chemicals. They can make textiles supple, pliant, sleek and fluffy, smooth, more flexible and easier to drape.

Effect of anionic softener on crease recovery angle of cotton

Plasma treatments improve wet ability, hydrophobic finishing, adhesion, product quality and functionality of the textile material. They are a good substitute for chemical finishing as they cause no environmental pollution.

There are many gases, or mixtures of gases, used for plasma treatment. By varying the process of parameters such as type of gas, time and pressure, different finishes can be obtained. Air, nitrogen, argon, oxygen, nitrous oxide, helium, tetrafluoromethane, water vapour, carbon dioxide, methane, and ammonia or their mixtures can be used as plasma medium. Plasma treatment improves crease recovery angle on cotton fabric for all samples. A different finish shows that argon-treated sample is better than oxygen-treated sample. Treated for 40 minutes, crease recovery was better than 20 minutes.

This type of finish is widely used in hygiene and medical sectors in textiles because antimicrobial agents are designed to kill or prevent growth of microorganisms like bacteria, fungi and viruses.

Effect of citric acid and temperature

Effect of trisodiumcitrate and temperature

Cotton is poor increase recovery due to its free hydroxyl groups. To enhance the crease recovery property of cotton, the free hydroxyl groups are removed by cross linking agents. Silica nano particles intrude more easily into the interior of cotton fibre and adhere more tightly to the fibre structure. It was observed that increased concentration of silica nano particles contributes more to increase crease recovery angle of the fabric due to restriction of molecular movement in fibre structure.

Poly (vinylpyrrolidone) or PVP is synthetic non-toxic water-soluble polymer commonly used in a wide range of applications including pharmaceutical. It forms a film of protective colloid acting as a binder, stabiliser and complexing agents.